on: May 15, 2016In: General Information, Rate HikeNo Comments
Print Email 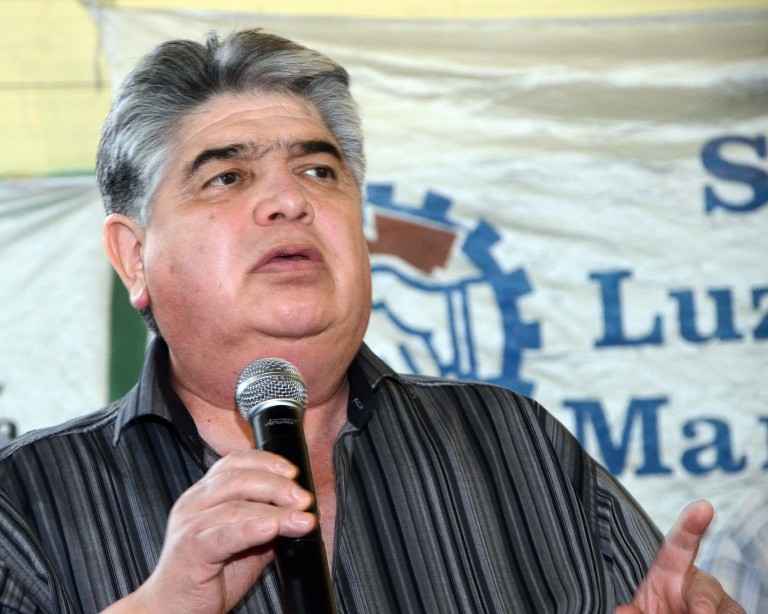 “If consumers think fuel is too expensive, then they should not buy it”. Just like that, cold and without measuring the political cost, the Minister of Energy and Mining, Juan Jose Aranguren, delivered the message in order to justify the highest increase in fuel prices so far. Mauricio Macri’s government just implemented the fourth increase in fuel prices so far in 2016 (it has been almost a monthly increase since he took office on Dec. 10). It was 6% in January, 6% in March, 6% in April and now in May, fuel prices are rising again, but this time a 10%.

In total, the national government has increased fuels -which are a basic input for the economy- by 31%, making naphtha in Argentina the second most expensive one in the region, behind Uruguay, a country with almost no hydrocarbon production. The liter of “naphta super”, the most widely used in the country, now costs 17.48 pesos (average) per liter and the premium one is around 20 pesos per liter.

While the international price of an oil barrel is around US$40, in Argentina local prices are decoupled from the international price of oil (about 60 or 70 dollars). Therefore, all Argentines are subsidizing oil companies by buying increasingly expensive fuels. According to Aranguren, this was “an agreement” made with oil companies last year in December, when it was determined that the price of fuels would increase every month, following the devaluation occurred that same month when restrictions on the purchase of dollars were lifted.

What oil companies want is for the fuel prices to increase as the dollar increases. That way, they guarantee their millionaire profits, and Aranguren is the one responsible for this to happen.

To make things worse, the national government, through Minister Aranguren, just implemented a subsidy that benefits large oil companies exporting crude from Patagonia ports. This way, companies selling barrels abroad receive a double benefit: on the one hand, they will receive a millionaire reimbursement for exports made using Patagonian ports (through the old law 23,018. See the Río Negro newspaper from April 21st, 2016).

On the other hand, during the summer, the oil sector agreed with Aranguren that there would be a subsidy of US$10 per barrel exported (7.5 is payed by the national government and the province of Chubut 2.5). This means that oil companies such as Pan American Energy (PAE), Tecpetrol (Techint), and others exporting from, for example, the San Jorge Gulf Basin, receive a double subsidy.

According to a Montamat & Asociados report (which is far from being like a report from the Autonomous CTA would be on this topic), Argentine oil companies earn more money than companies in the US (see El Inversor website May 3rd, 2016). This situation also occurred in November 2015, by the end of the previous government, when refiners in Argentina rose US$30 per barrel and in the US the profit margin was of US$10.

This is a clear benefit for the oil industry, which is a highly concentrated sector of the economy, fostered by a government that has former Shell CEO (one of the largest oil companies currently operating in the country) as minister on energy issues.

Benefiting companies and damaging millions. That is what they are doing, the oil companies and the government. Devaluation and rising fuel costs are having an increasingly higher impact on people’s pockets. The profits of oil companies are now guaranteed by all of us through national/ provincial state subsidies and through higher selling prices. Companies win, people lose.

The Autonomous CTA, FETERA and the MORENO Group have been denouncing that oil companies all across the country have huge profit margins, -including YPF, the state owned company, which is managed with the same commercial logic as any of the other 10 large oil companies operating in our territory.

With these policies, not only are we increasingly away from a project of energy sovereignty, -in which the people, their organizations and democracy can decide what to do with their resources-, but we, the citizens of this country, are the ones paying oil companies their enormous profit margins.

Turning this situation around requires greater unity of the people, more unity of action of workers and to build a national project in which energy is not seen a commodity but as a social good, and a human right.