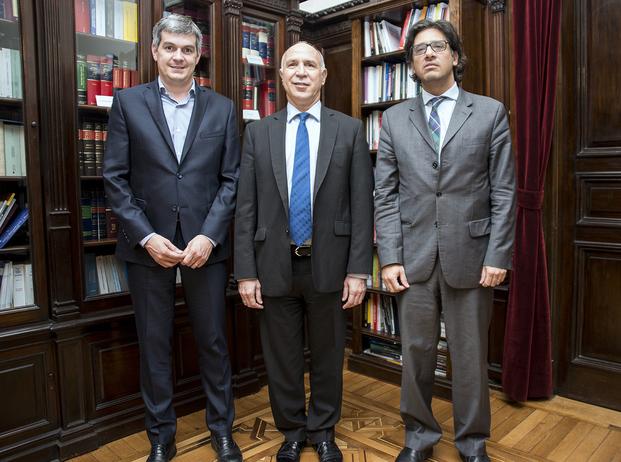 Argentina’s Supreme Court of Justice annulled today the increase in residential natural-gas prices applied by Mauricio Macri’s government earlier this year. This was an eagerly awaited measure, given that, all this time, the government has been trying to justify its move to increase prices, while workers, grass-root organizations and the Argentine people in general, were protesting it.

The CTA Autónoma believes that this ruling, while it may be seen as a stop to Macri’s rate hike in the short term, the truth is that, in the medium and long term, it represents a powerful endorsement of the state policy carried out by Macri’s administration and his minister of mining and energy, Juan José Aranguren, which is to increase the benefits of the most concentrated sectors of the oil industry.

But, why are we saying this?

We believe the Supreme Court ruling is in fact what the government and the oil companies needed, because it guarantees the price of the gas at the wellhead, which is a main factor of the price in the bill and of the final price. The production of gas at the wellhead represents between 50 and 60% of the price currently paid by customers; the rest comes from transportation (approx. 15%) and distribution (approx. 25%.)

We are saying this because the cost per million of BTU (the measure for gas) is of US$1.9 and the government is recognizing and subsidizing oil companies with the million of BTU at a price of approximately between US$5 and US$7.5.

We believe that this Supreme Court decision validates the increase (it also validates the policy of subsidizing the most concentrated sectors) of the price of gas at the wellhead, where the entire gas production starts.

The ruling does explain that public comment sessions must be held in order to discuss the tariff chart and the 3 parts of the current gas bill: transportation, distribution and gas at the wellhead, but we believe that the discussion will be affected by the hearings’ non-binding nature. The price of gas at the wellhead must be the central topic in order to debate the earnings of the oil sector (highly concentrated and in foreign hands) and the real cost of gas production in Argentina.

The CTA Autónoma believes the gas rate hike is a consequence, not a cause of the current energy model in our country, because it is based on privatizations, and it was designed thinking of generating more business units when selling (giving away) YPF or Gas del Estado or any other state-owned company during the ‘90s. Privatizations have been a state policy which has never been interrupted by any government so far.

The hikes are also a consequence of the model and not a cause because privatizations were carried out to benefit private companies, which are mainly foreign companies. This has not been modified either, even with the partial nationalization of 51% of YPF’s shares in 2012.

Thus, despite the Supreme Court ruling is seen as a stop to the government rate hike, it is actually a decision in favour of the multinational companies, which truly hold the economic and political power and are those shaping the energy policies (among other policies) in Argentina, without needing to win any elections. It is a decision which, in the long run, will be in accordance with the policy of the national government.

Another important thing is that the Supreme Court decision only considers residential users, which constitute around 30% of the national demand for gas in 2016. While this sector accounts for 50% of state subsidies to gas, the ruling enables an increase of 500% for the other sectors which include shops, SMEs, industries, local clubs, cooperatives and many more.

The CTA Autónoma believes this verdict stops the rate hike only for a moment, so it can be applied later, with the public hearings carried out and “respecting the law”. The truth is however, that multinational oil and energy companies continue making huge profits.

This is our reason to believe it is necessary to keep struggling against the rate hike in order to really stop it. We consider that changing our country’s energy model, which is currently benefiting oil companies, is critical.