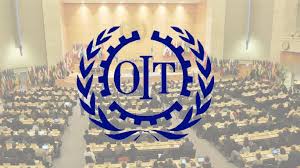 The Committee of Experts on the Application of Standards of the International Labor Organization (ILO) has just issued a strong support for the Federation of Energy Workers’ (FeTERA) legal status claim, which, so far, the Argentine State has refused to grant.

As it is publicly known, FeTERA met all legal requirements and carried out the corresponding administrative procedure before the Nation’s Ministry of Labour, Employment and Social Security without that body of the Executive Power issuing an affirmative or negative response in this regard. This situation forced the Federation to initiate legal action, which is currently in process before the National Labour Appeals Chamber, with the same objective.

However, as of yet, neither the Ministry of Labour nor the Labour Chamber have deigned to grant the legal status claimed by FeTERA, remaining in silence or delaying the process.

Such circumstances are categorically condemned by the ILO in the report issued these days. Consequently, in February of this year the aforementioned Commission urges the government, among other things, in the case of FeTERA, to:

A) “take all the necessary measures to avoid unwarranted delays in the registration or trade union legal status procedures;”

(B) “inform of every progress made regarding the reduction of delays;”

In view of this categorical pronouncement of an international organization such as the ILO –which confirms the Argentine State’s non-compliance with conventions duly signed and which have a constitutional status within the country, – FeTERA and the CTA Autónoma (Autonomous Central Union of Argentine Workers) demand that the national government and the National Labour Chamber take due note of it, and proceed immediately to grant legal status to FeTERA.

It is clear that in our country the different governments in power continue to deny trade-union freedom and democracy, as is shown by the situation of our trade union organization, like many others, and in particular it is unbelievable that, being international agreements part of our constitutional rights, after 16 years they want to make us believe that non-recognition is a technical administrative problem, when in fact it is a political problem and a denial of internationally recognized rights.