Home General Information Macri and the privatization of YPF 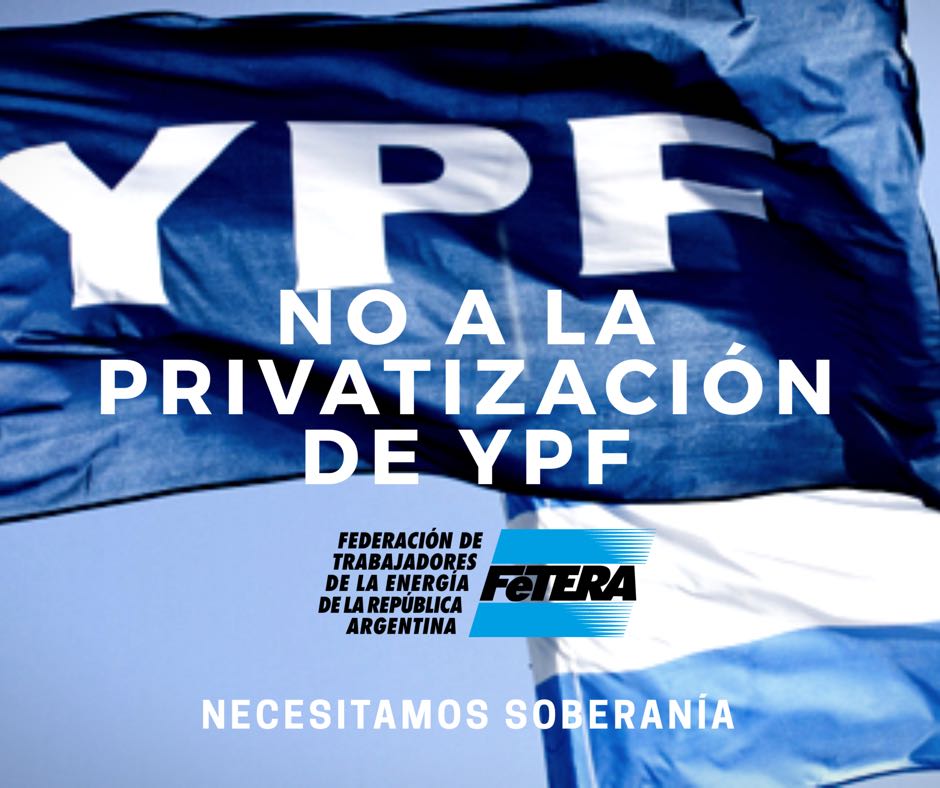 Macri and the privatization of YPF

In a silent way and without any advertisement the government is dismantling and selling YPF.

Last Tuesday the Argentine state-owned oil company YPF took another sad step towards a new privatization (or a deepening of the extensive process of privatization that has been going on since the 90s).

General Electric, the US giant, bought 25% of the shares of YPF Energía Eléctrica, an YPF SA company dedicated to power generation.

The formal sale was for 275 million dollars, but we know that in reality, it is one more step of the model of energy privatization and foreignization which FeTERA along with the CTA Autónoma have been denouncing for a long time.

We must continue to denounce these practices which actually constitute a gift to multinational groups and is a looting of our common goods. At the same time we must fight for national and energy sovereignty.

Let’s stop this looting. We say no to the privatization of YPF!!!