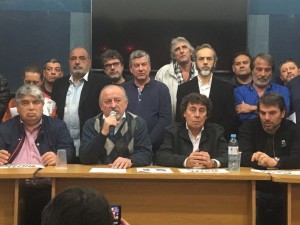 Also, mobilizations for September 24 and 25 were announced.

These organizations will carry out a total stoppage against Mauricio Macri’s economic model and the implementation of the IMF policies.

They also announced their support to the mobilization in defense of public university carried out by professors and students in front of national congress, and stressed their solidarity with all the workers of the country in the face of the many dismissals and suspensions that are currently taking place in many sectors of the economy, such as the cases of the Astillero Rio Santiago, Atucha and others.