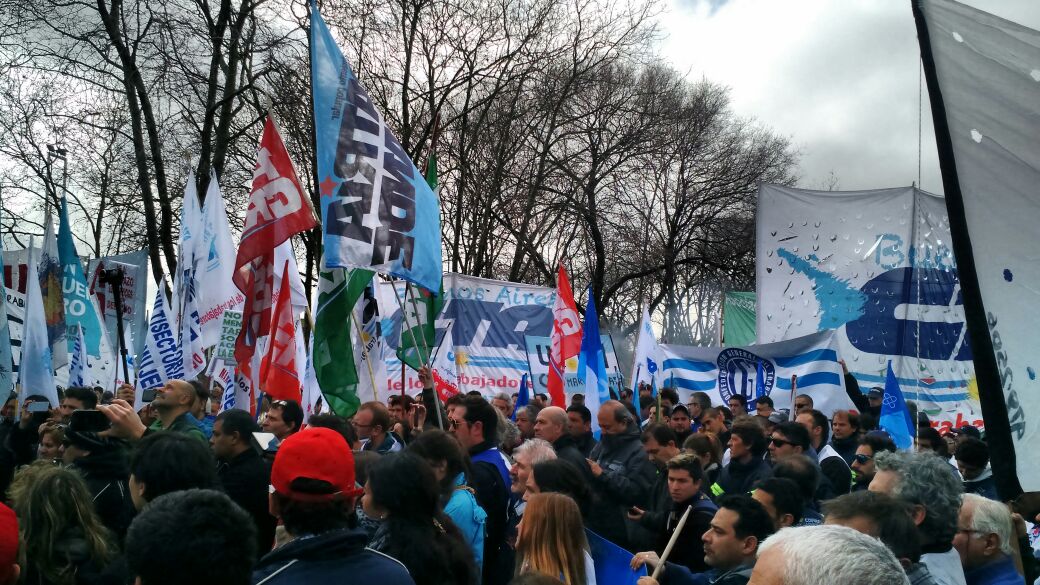 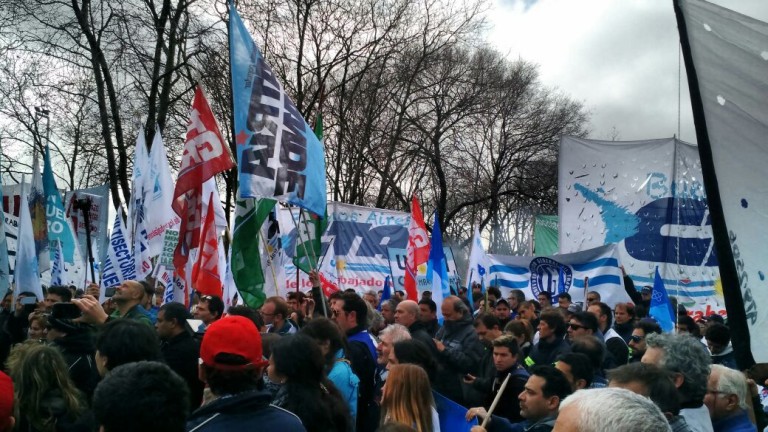 Around 5000 people gathered in Mar del Plata, Argentina, to protest the electricity price hike in the Province of Buenos Aires. The demonstration took place as the public hearing in Estado Minella, in the same city, was developing.

Other organizations and trade unions joined the demonstration, such as the CTA de los Trabajadores (CTAT), CTEP, CGT, as well as many other workers’ organizations, neighbours and students.

In his address, Rigane said that “the rate hikes are a consequence of the energy model operating in Argentina since the privatization. This model transferred the entire energy system to foreign hands, because now, everything is in the hands of the multinational companies.”

He added that “the price of the tariffs is in benefit of the interest of the multinational companies that have gained millions of pesos which they have taken out of the country; they didn’t invest it here. This is why we are demanding for audits to be carried out, so we can know where did the subsidies go.”

On his side, Pablo Micheli said that “the Mar del Plata cross-sectional is representing all the unemployed, workers and those who have less, which is the people of the Province of Buenos Aires.”

He also pointed out that “this rate hike has a tremendous effect on the Argentine people’s purchase power. We’ll go for more mobilizations like this and a strong national strike in unity of action.”

Raúl Calamante, Deputy Secretary General of the CTA de los Trabajadores, spoke on behalf of the CTAT and stressed that “we all belong to the working class, we have a voice, we have dignity and we stand for our rights when we see them encroached upon. We are in the face of an authoritarian government that only works in favour of economic clusters, they work for the richest and we will continue to express ourselves against this neoliberal model.”

The march was from Juan B. Justo Av. and Independencia in Mar del Plata until the José María Minella Stadium, where the public hearing for the electricity rates was taking place.

There was a sharp contrast: Inside, at the public hearing, they were discussing the technical, financial and legal bases of the new tariff table of the distribution companies EDELAP, EDEN, EDES and EDEA. In the outside, however, there were more than 5,000 people protesting the rate hikes, in a demonstration strongly monitored by the police.

After the march, however, the Appeals Chamber reversed the ruling of the judge of La Plata, Luis Arias, and enabled, once again, the increase of the electricity rates in the Province of Buenos Aires, against the popular demonstrations.

See all the pictures from the march below: 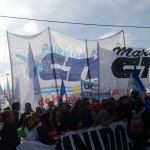 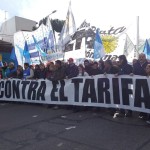 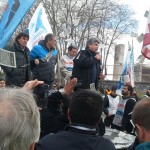 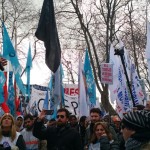 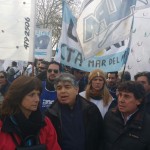 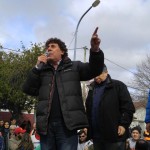 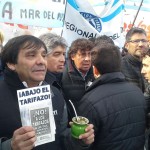 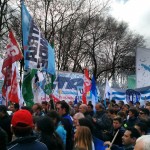 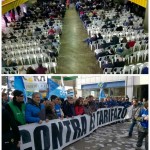