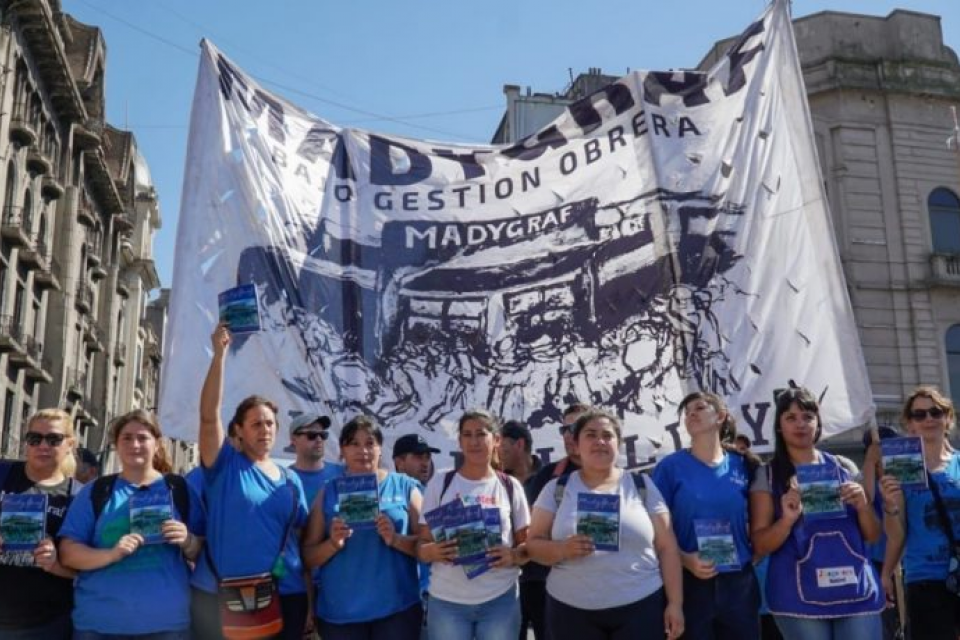 By Federation of Energy Workers of the Argentine Republic (FeTERA)

The Federation of Energy Workers repudiates the actions of Edenor that attack Madygraf Graphic Cooperative with unfair rates.

The workers of the Madygraf Cooperative (former Donnelley) informed FeTERA of the serious pressure exerted by the Edenor company and the repeated threats of a cut of service that put in check the livelihoods of the families of the cooperative and the employment sources.

Edenor (the largest distributor of electricity in Argentina), with its typical impunity, wants for the recovered company (which was abandoned by the US employer) to pay a higher price for electricity than any other large company, thus affecting the sustainability of this productive and popular project.

Edenor did this, a company that functions as a monopoly and that bills billions, the company that achieved, along with Edesur and other energy companies, that the Macri administration pardoned its debt of more than 40 billion pesos.

We alert of this situation and call on all solidarity organizations to prepare to mobilize in case Edenor continues with this attack on Madygraf.

We need energy sovereignty and we need to end the concept that energy is a business. We need to build a new model in which energy is accessible to the poor, to the excluded, to workers, to small businesses, to SMEs, to cooperatives, in short, to the people as a whole.

Federation of Energy Workers of the Argentine Republic