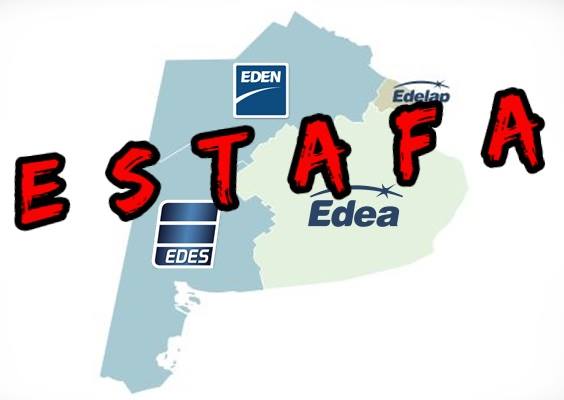 The Union of Luz y Fuerza of Mar del Plata expressed its support for the measure announced by the governor of the province of Buenos Aires, Axel Kicillof, of leaving “without effect” the increase in electricity planned for January 2020. At the same time, he called for the “recovery of the public energy service for all and not for a few”.

Communiqué // From the Union of Luz y Fuerza of Mar del Plata we celebrate the announcement made by the Governor of Buenos Aires, Axel Kicillof, to revoke the increase in energy rates meant to be applied as of January 1, 2020, and the revision of the contracts signed by the outgoing Governor, María Eugenia Vidal.

In his inauguration speech at the Provincial Legislative Assembly on Wednesday, December 11, 2019, Kicillof announced that “after the election result the outgoing government decreed an increase for January of 50% in distribution which would represent an increase close to or greater than 25% in the electricity bills of all households in the Province. We will leave that increase without effect. We have to submit the situation to review and generate, together with the companies in the sector, a scheme that is fair, sustainable, reasonable and that people can afford.”

From our Union, we see with good eyes that in one of their first measures, the new authorities put a brake on the energy rate hikes that for 4 years we have been suffering in the Buenos Aires Province. We also demand a comprehensive review of the contracts and the penalties for the breaches assumed by privatized companies.

For a long time, our Union, together with the Federation of Energy Workers (FeTERA) and the Argentine Workers’ Central Union (Autonomous CTA), has been denouncing the brutal tariffs on public services that were applied in the last four years all across the country. Hundreds of thousands of families who could not pay these amounts got their energy service cut which consequently harmed their quality of life. We know that without access to energy it is not possible to develop a decent life.

The Governor promised to review the contracts and regulate the privatized companies that depend on the Provincial State: “If a fee cannot be paid by a retiree, it is not a fee, it is looting. We have seen the balance sheets of companies in recent years and they had 20 billion pesos of profits. The investments should have been noticeable and were not. Today there is a regulatory gap. When there is a public service that is in private hands, and if it is a monopoly, there has to be state regulation and that regulation was handed over to privatized companies,” denounced Kicillof.

Luz y Fuerza of Mar del Plata repeatedly denounced the creation of the Electricity Distribution Oligopoly in the province (DESA GROUP), approved by the then governor Vidal in mid-2018. The four electricity distributors in the interior of the province of Buenos Aires (EDEA, EDELAP, EDEN, EDES) belong to this Group, owned by Rogelio Pagano, among others. As published in “El Cohete a la Luna” on Sunday, August 4, 2019, the profit of this group, accumulated between 2017 and 2018 was of $10,498 million, which, in US dollars, amounts to 346 million, in just 2 years!

This high profitability generated for the distribution companies did not transform into improvements in the service, as promised. The constant power outages, in Mar del Plata, La Plata or the national blackout of June, are examples this. Nor did it generate better working conditions for workers or improvements in customer service. In Mar del Plata, the company EDEA SA (belonging to the businessman Rogelio Pagano) operates with total impunity, without respecting the resolutions of Justice or the Control Agencies. And the lack of staff and customer service offices, produce long lines in the only commercial office they have for the entire city.

Our Organization, together with FeTERA and CTA-Autonomous, are defenders of public companies in the sector and have a long tradition of fighting against privatization since the 1990s. We want the highest provincial authorities to exercise real and effective control of the monopolistic companies of energy distribution (both light, gas and water in some areas), as announced, so that the entire population can access a basic service which is also a human right of Argentines.