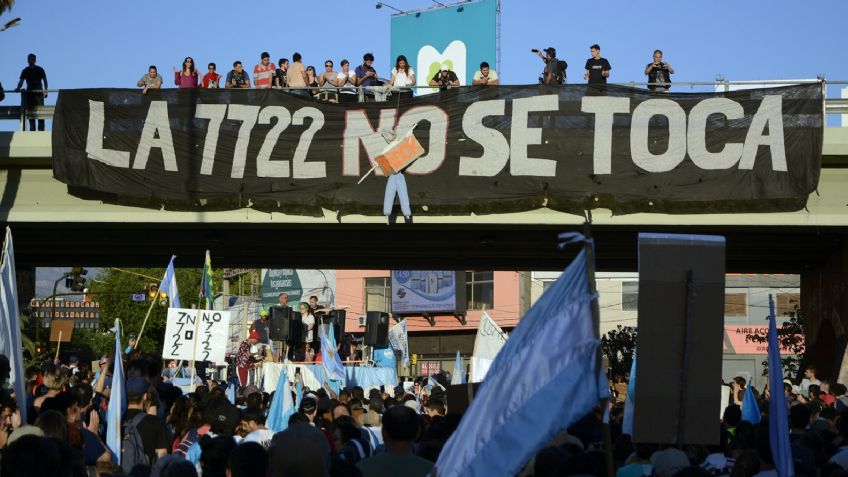 Due to the massive popular struggle all across the province of Mendoza, the local legislature has repealed Monday, December 30, the new law promoted by the mining lobby, which had been approved last December 20.

Governor Rodolfo Suárez had already announced a few days ago that his government was going to take a step back regarding the enactment of law 9202, which nullified law 7722 thus enabling polluting mega-mining. This popular triumph is a clear demonstration of the importance of fighting, organizing and manifesting in unity in the streets.

“Albeit it is illegal, it does not have the legitimacy of the people,” the governor pointed last Saturday when he announced the decision. Thus, the triumph of the people’s struggle, who massively manifested throughout the province in defense of water and against the use of cyanide in mega-mining, was concretized.

From FeTERA we believe that mega-mining is a central piece of an extractive and looting of natural resources model, which is far away from a country heading towards national sovereignty. We had opposed years ago, it is part of our origin to fight against mega-mining and the use of cyanide in our nature. We reaffirm that the struggle for water is the struggle for life itself and the dignity of the people.

The Autonomous CTA also said: NO TO THE REPEAL OF LAW 7722. “From the National Autonomous CTA, as from the Autonomous CTA of Mendoza and Mendoza Sur, we have been participating for days and being protagonists of these historical marches to say: WATER AND LIFE ARE NOT NEGOTIABLE,” said the umbrella union to which the FeTERA belongs.

The struggle continues in other provinces, such as Río Negro, where there are already new mobilizations in defense of water and life and against mega-mining.