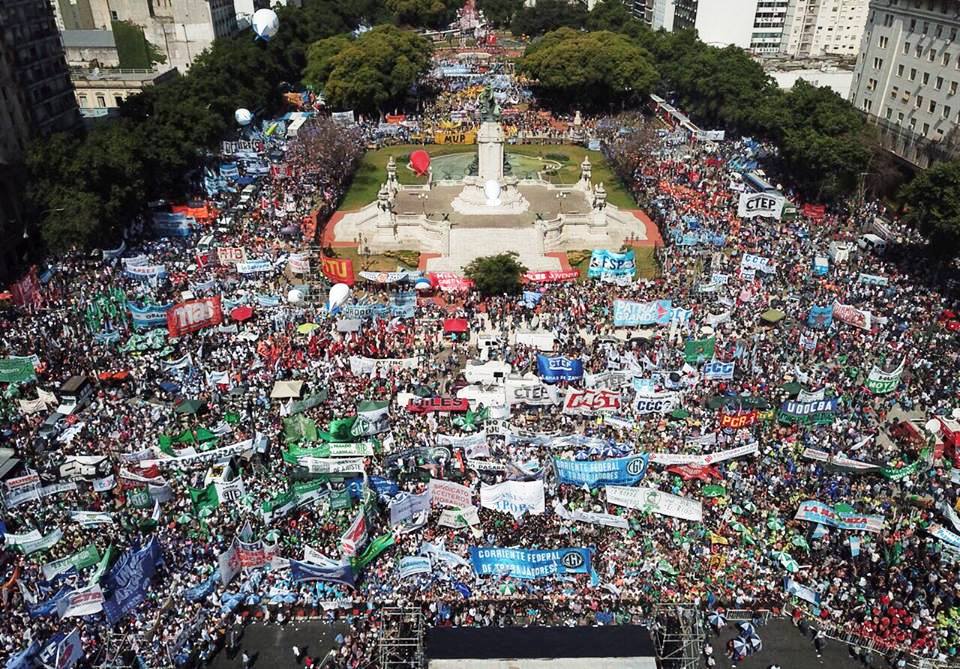 On Wednesday, November 29th, around 300.000 Argentine workers gave an overwhelming demonstration of struggle and unity in the face of the austerity policies carried out by Mauricio Macri’s government.

In a massive mobilization at the National Congress, in the Buenos Aires, as well as throughout the country, many labour organizations said NO to the reforms promoted by this government because they consist in labor precarization, and represent a scam for retirees and tax laws in favor of economic groups.

The message to the government of President Mauricio Macri was clear: REFORMS WILL NOT PASS!!!

In unity of action, different unions and social sectors demonstrated, as the history of the Argentine labor movement marks, that we fight against austerity and precarization.

This is not a reform, it is a clear economic adjustment, and workers are going to stop it.