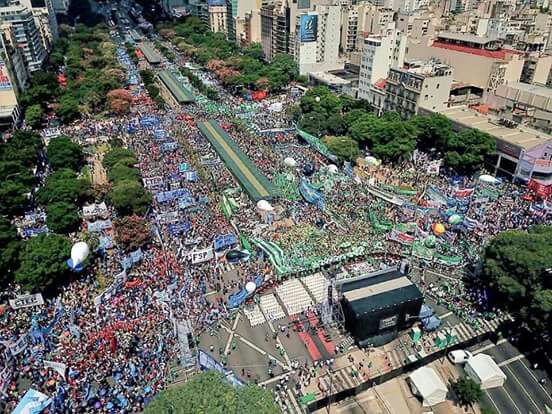 It was a massive and peaceful. Very early, the columns with tens of thousands of people approached the area of Av. 9 de Julio and Belgrano, where the main stage was installed. Luz y Fuerza Mar del Plata, together with the regional CTA Autonoma (CTAA), were present with comrades from Mar del Plata and other delegations.

After the march, Rigane stressed that “it was magnificent. If after this initiative, the government does not reflect and does not modify its social and economic policy and continues to attack the workers, we cannot lose another minute and a general strike should be called. It is necessary to think seriously about a new organizational development with the participation of all sectors, thus creating a front to work in the broadest unity.” 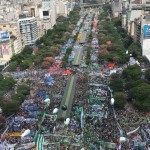 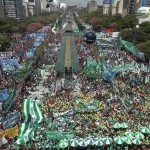 “Those who decided to take the government’s side and not participate in this initiative by turning their back on the defense of the rights of workers, pensioners and social movements, began to bury themselves because they have no perspective and history will not remember them.”

“While recognizing that there are differences, today there is a need to unify criteria and actions against something that does not distinguish when attacking workers and retirees.”

Rigane also remarked that “the leaders and the workers’ movement have to work and understand that without unity we have nothing. Hopefully we can continue to work in that direction, to act together against these policies that attack popular sectors, without party or ideological distinctions.”