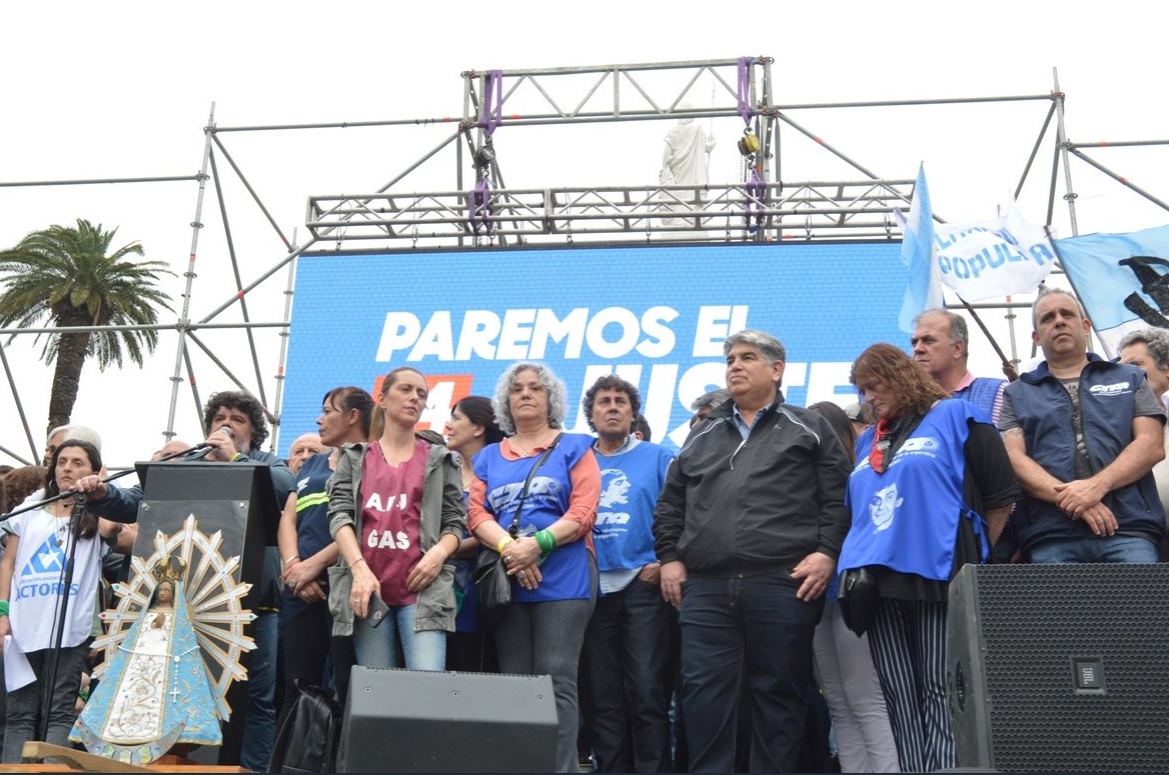 National strike is a powerful response to govt’s austerity policies

“The national strike is a powerful response to the government’s policies. A demonstration that ratifies yesterday’s march against the current austerity model, against more exploitation and precarization of workers’ rights,” said José Rigane, General Secretary of FeTERA and the Luz y Fuerza de Mar del Plata trade union, as well as Deputy Secretary of the CTA-A.

On Monday Sept 24, thousands of protesters took to the streets in Buenos Aires, warning of extreme hardship for families already hit by spiralling inflation. The 36-hour strike across the country is the fourth general strike against Macri’s administration.

The protest began with an event at Puente Pueyrredón (Pueyrredón Bridge) and social and union organizations, such as CTA-A, CTA de los Trabajadores (CTA-T) and the Confederación General del Trabajo (CTA-T), joined the mobilization towards Plaza de Mayo from different places in the city.

President Mauricio Macri signed a US$50 billion deal with the IMF that is supposed to reduce Argentina’s debt. But since the announcement of the deal in June, the Argentine peso has depreciated 30 percent against the US dollar.