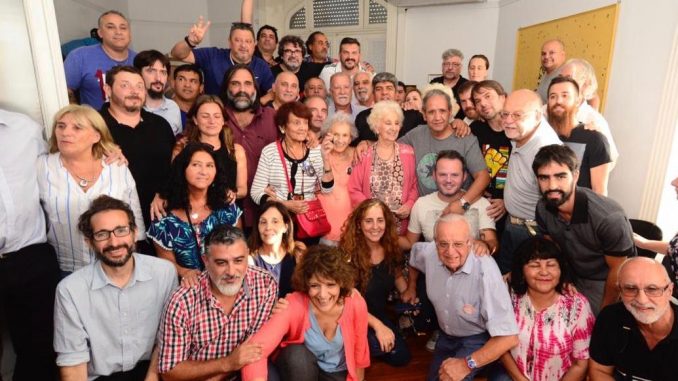 Human Rights organizations met with the Autonomous CTA (CTA Autónoma, CTA-A), the CTA Workers (CTA de los Trabajadores, CTA-T) and the CGT in the headquarters of Abuelas de Plaza de Mayo for a new anniversary of the coup d’État occurred in March 24, 1976 with the objective of marching in unity in demand of Memory, Truth and Justice (Memoria, verdad y justicia).

There was agreement on the need to continue building and strengthening the maximum unity of the popular camp to defeat this model of austerity and looting which is impoverishing the entire Argentine people.

In this context, 43 years after the genocidal military coup, we will march with the motto “WITH MEMORY AND UNITY WE FIGHT FOR THE HOMELAND DREAMED BY THE 30,000. FREEDOM TO POLITICAL PRISONERS!”