Home Energy crisis Rigane at the Senate: “We need to recover our energy resources” 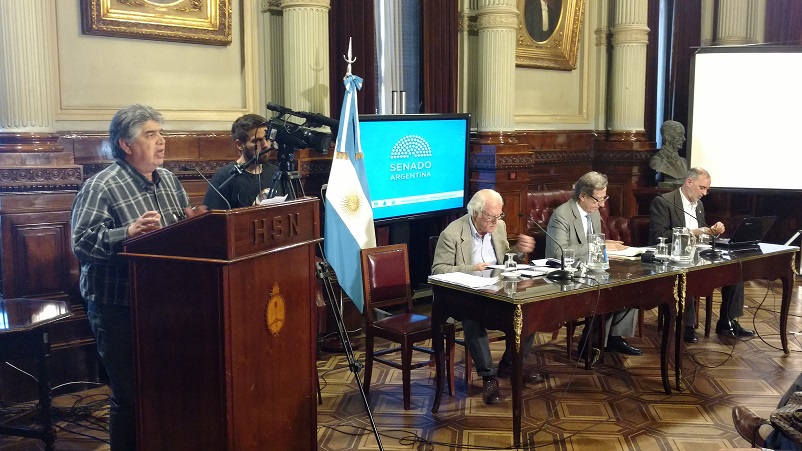 Rigane at the Senate: “We need to recover our energy resources” 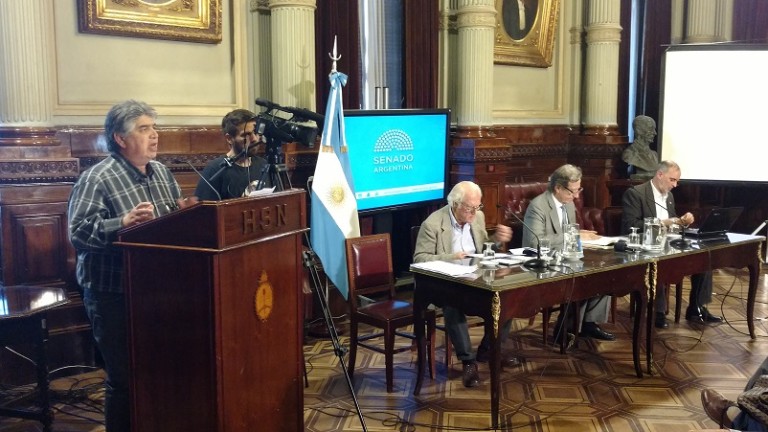 “It is impossible to achieve zero poverty, as the government says, if there’s no Access to energy,” José Rigane underlined during his speech at the Committee of Environment and Sustainable Development of the Senate. Deputy Secretary of the CTA Autónoma (CTAA) was there as part of the public session called by National Senator Fernando “Pino” Solanas, to discourse about “Tariffs and energy crisis.”

“Energy is not regularly part of the general debate in society like public health care, old age, education and so on. Energy appears to be an issue meant for experts, technicians or engineers, and not for the general public to discuss. But we believe it’s the opposite of that: we are saying energy is everybody’s issue.”

Rigane said the gas rate hike currently suffered by Argentines “is a consequence, not a cause of our country’s energy model, because it is based on the ‘90s privatization process. Privatizations are a state policy which has never been interrupted by any government so far and they meant a change of the conceptual appreciation of energy, which started to be seen as a commodity.”

“We believe energy is a social good, not a commodity and it belongs to the Argentine people. It is also a human right, because in the 21st Century, we all need access to gas, water and electricity, in order to live a decent life,” he stressed.

“That Argentina has an energy crisis is not new, but in order to overcome this situation, what we need to do is changing the country’s energy model,” he pointed out. “For this to happen, we need energy sovereignty and deciding for ourselves.”

“We need public-sector companies defending the interests of users and also defending the environment. In order for this to happen, we need a major transformation.”

Rigane also said that the whole tariff scheme coming from the ‘90s must be discussed and not only what people are paying now.