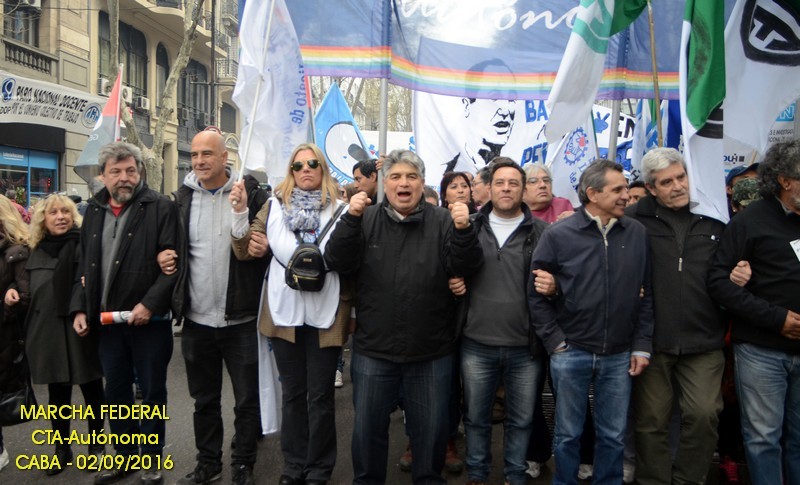 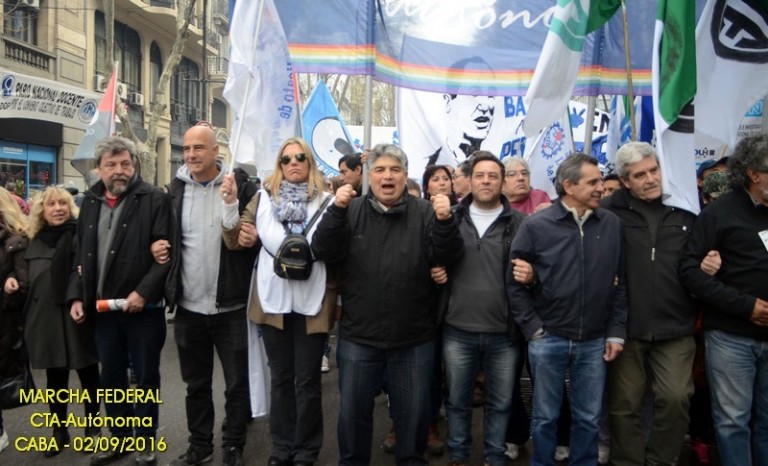 After covering thousands of kilometers from several parts of the Argentine northern, central and southern region, the ”Federal March” (Marcha Federal) columns converged today in the Plaza de Mayo in the capital city, in a mass rally against rate hikes, layoffs and austerity measures by Mauricio Macri’s government.

During the march, the unions’ rally made stops to hold public events to convey the message to the villages through which they passed.

The March was called by the CTA Autónoma (CTA-A), led by Pablo Micheli and the CTA de los Trabajadores, led by Hugo Yasky, together with the bank clerks union representative Sergio Palazzo. Different political parties joined the march and in the last hours, the protest was backed by some powerful groups of the reunited CGT leaders.

José Rigane, Deputy Secretary General of the CTA-A, said that “it’s impressive how many people came, the peaceful demonstration, the Argentine people’s strength struggling against an adjustment policy which doesn’t take into account the grass-roots sectors and doesn’t provide an answer for people’s needs like a decent wage, retirement, employment, dignity, etc.. The people took to the streets on Friday and it means we’re going towards a national strike.”

A report from the Ministry of Labor determined that about 115,000 jobs in the private sector have been lost since December. The government of President Macri has fired 16,500 public employees, according to a report from the Association of State Workers (ATE).

Together with layoffs in state institutions, nearly 178,000 Argentine citizens are jobless. Construction has been the most affected sector.