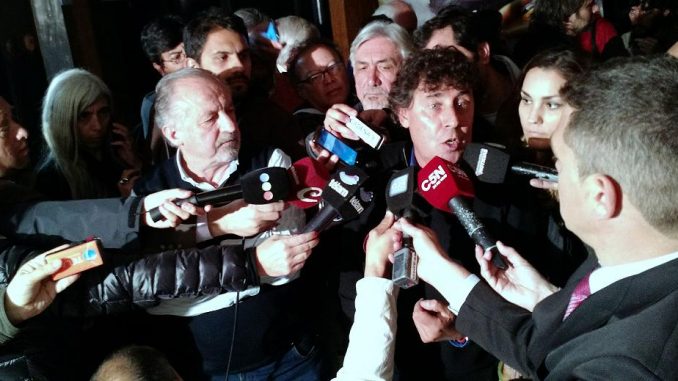 The CTA Autónoma (CTA-A) led by Pablo Micheli announced a National Day of Struggle for November 4. It will be in unity of action with the CTA de los Trabajadores (CTA-T) led by Hugo Yasky and several social movements such as: Barrios de Pie, the Confederación de Trabajadores de la Economía Popular (CTEP) and the Corriente Clasista y Combativa (CCC) who, like the CTA-A rejected the government’s intention to put a limit to wage recovery in the next collective bargaining.

This comes as a response to the national government’s intention to use the year-end bonus to wipe the slate clean. The government has also made it impossible for trade unions to try and recompose the salaries in the next collective negotiations, including in the discussion of the percentage points lost this year due to inflation.

In this context, Micheli denounced a “pact” between the government and the Argentine General Confederation of Workers (CGT) and talked about the bonus announced last week: “The bonus is not the way to recover purchasing power. Now we demand reopening collective bargaining, an emergency increase for retirees and a commitment to cease layoffs in the public and private sector.”

The union leader also confirmed the call for a “National Day of Struggle with strikes and demonstrations across the country the next November 4.”

The press asked why the CTA-A was not convened to take part in the dialogue table set by the national government, Micheli emphasized: “Like the previous government, this administration discriminates against us, does not recognize us despite having legal status. It cannot be that, since they knew beforehand that we would oppose to their proposal, they let us out.”