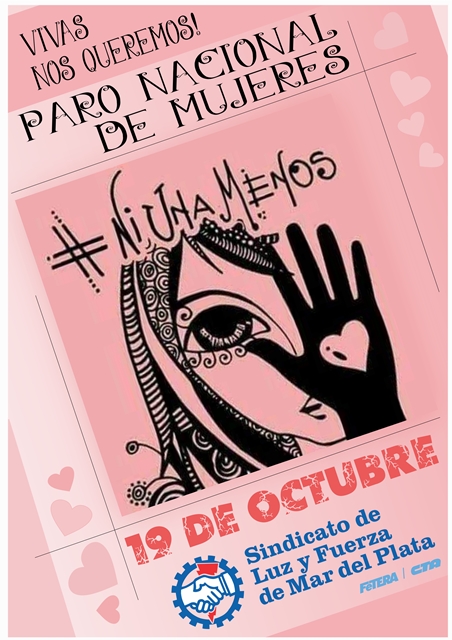 Different trade unions, social and women’s organizations as well as the media are called to perform a national strike between 13 and 14hs, taking to the streets or at the workplace, to raise awareness on gender violence cases.

Luz y Fuerza de Mar del Plata always supports initiatives promoted from various sectors with the aim of putting an end to gender violence. Once again, like we have done before, we speak out against gender violence, a battle that concerns society as a whole.