FeTERA repudiates the repression suffered by teachers in front of Congress 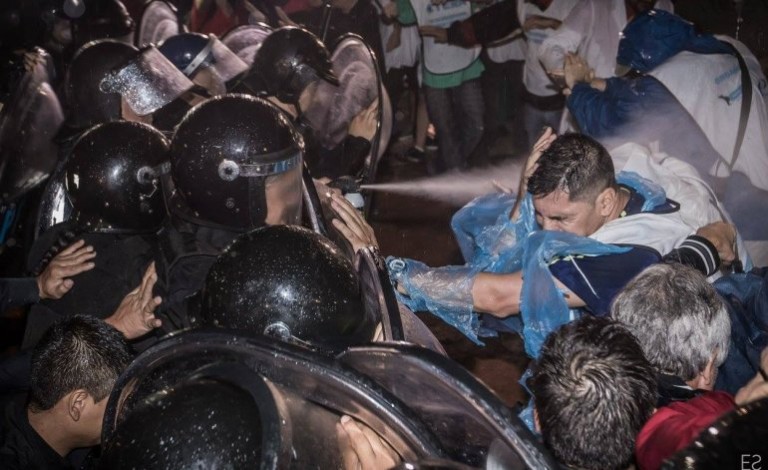 [Communiqué] The Steering Committee of the FeTERA – CTA Autónoma repudiates the repression suffered by Argentine teachers who tried to build up a public school in front of National Congress Sunday April 9, in the City of Buenos Aires.

The Federal Police beat and arrested teachers who were trying to set up a tent for educational purposes. Using sticks, shields and pepper spray, the police who acts on behalf of the national government, demonstrated once again an extraordinary contempt for democratic struggles and their lack of democratic commitment by repressing workers and depriving them of their freedom.

This shameful spectacle, which happened just meters away from one of the venues that symbolizes the rationality of democratic debate, takes us back, politically, to before 1983, when the military considered as a crime the meetings of more than three people.

FeTERA is in solidarity with the teachers and asserts that the repression of workers’ organizations represents a denial of human rights and sets a very serious precedent of authoritarianism.