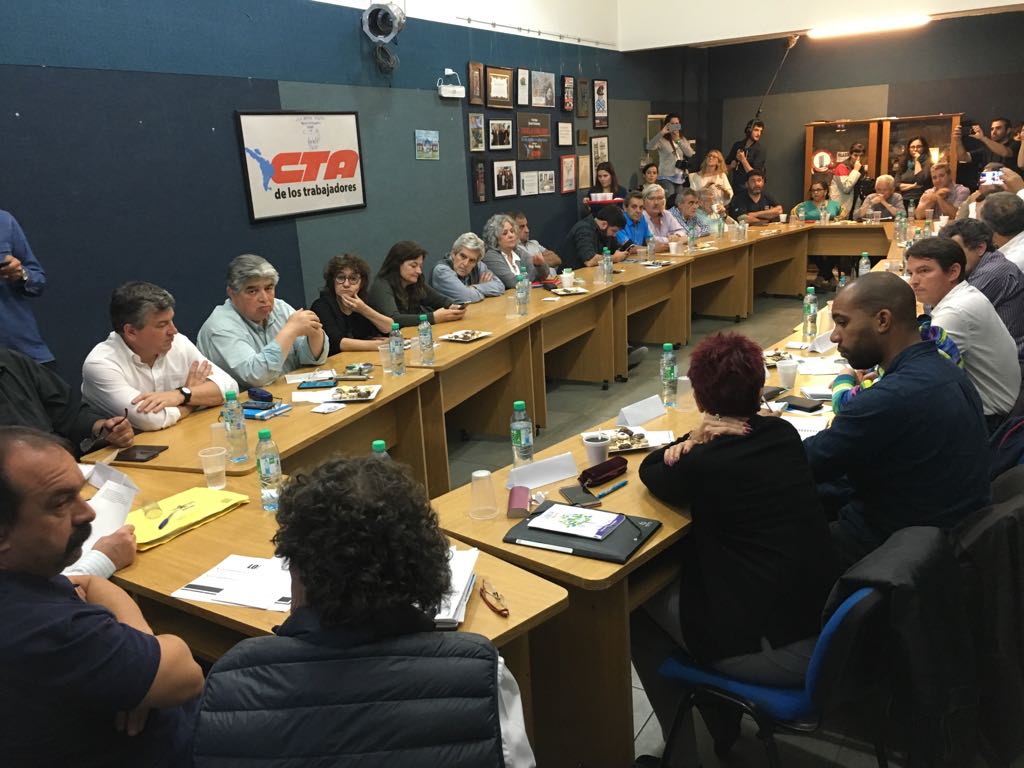 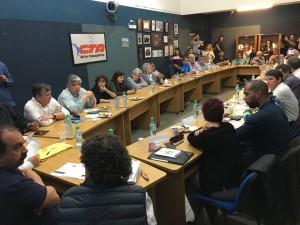 On November 2nd, in a fraternal meeting, the National Board of the CTA Autónomas and the CTA de los Trabajadores received the delegations of the French CGT, led by its General Secretary, Philippe Martinez, and the CUT of Brazil, represented by its Director of Relations Internationals, María Das Graças Costa.

The main idea of the meeting and the press conference held was the rejection of the labor precarization law of Macri’s administration. It was stated that the government bill was written directly by the businessmen. “It is a project that worsens our lives, attacks basic workers’ rights and that benefits employers in everything,” said José Rigane, Deputy Secretary of the CTA Autónoma.

Experiences were shared and discussed on the scope and impact of labor reforms fuelled by the government of Temer in Brazil, and Macron in France, and their coincidences with the recent bill sent by the executive power of the Argentine government to the national congress.

The French CGT and the CUT of Brazil have been resisting in each country the labor reforms that strongly precarize work in clear benefit of companies, “a carbon copy of what Macri’s government wants in Argentina,” Rigane stressed.
Also, Philippe Martinez, warned that “if we do not have unity, we will not be able to win.”

Rigane added that “this project attacks the employment contract law, destroys collective agreements, removes workers’ rights, makes employment more flexible and leads to labor conditions precarization. This will generate layoffs and unemployment, so employers do whatever they want.”