Home General Information José Rigane, on protests against pension reform: “There is a people fighting for their rights” 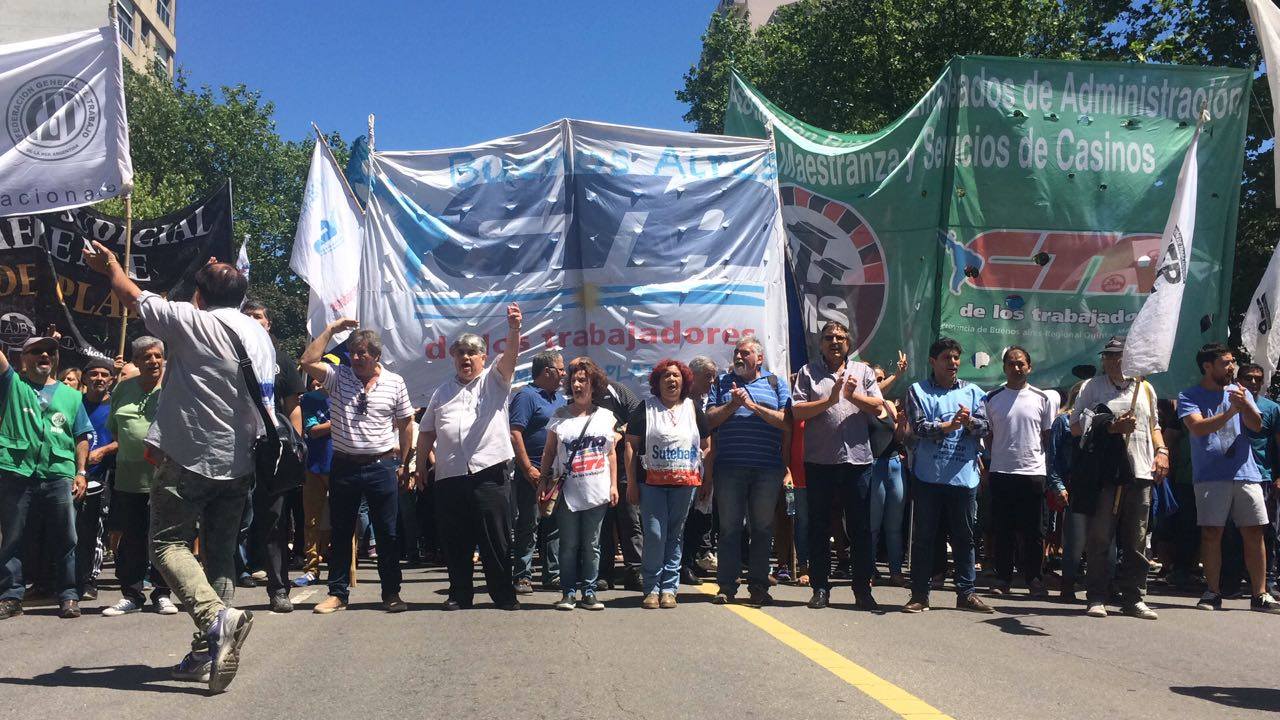 José Rigane, on protests against pension reform: “There is a people fighting for their rights”

José Rigane, Secretary General of the Luz y Fuerza de Mar del Plata trade union, was present at the mobilization that took place on Thursday Dec 14, in the Mar del Plata city, against the pension reform pushed by the Argentine national government, and in conversation with “El Retrato de Hoy” newspaper, he highlighted that “there is no other path left, but to win democracy on the streets.”

In this regard, Rigane commented that “we have a before and an after. Today it has become clear that there is an administration that governs for the rich, for those who have more and the multinational groups, and there is a people fighting for their rights, which are being robbed by the austerity policies carried out by Mauricio Macri’s government”.

As to how will the conflict continue, he pointed out that the struggle will go on. “There is no other path, but to win the democracy of the streets”, he said and clarified: “The only way is for us to unite and continue to organize ourselves, because the Argentine people will understand more and more, so that they do not continue to deprive us from our rights. There is no other alternative”.

In relation to 2018, Rigane said that “it is going to be a very difficult year, very complicated, because this government is demonstrating that it is not interested in dialogue or consensus, but that its interest is to run us over, and they do not care if they have to repress more every day. “