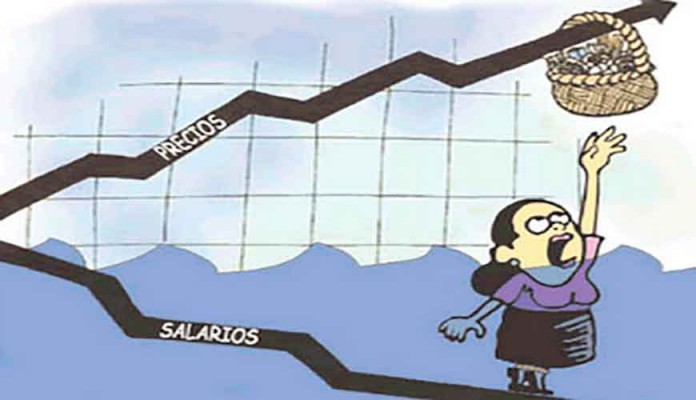 The economist Julio Gambina, who is member of the CTA Autónoma (CTA-A) and director of the IEF (Instituto de Estudios y Formación de la CTA-A), analyzed the impact of the utility rate hikes imposed by the government of Mauricio Macri, in a context in which private consultants project a 32% inflation at the end of the year.

“The impact price hikes have on inflation, especially those of gas, electricity and fuel, is actually an impact on society as a whole, because the price of those goods affect the entire evolution of general prices”, Gambina remarked.

However, he warned that “it is not the same how inflation impacts on high and medium income sectors compared with the impact it has on the majority of the population who have less income”. In this regard he added that “60% of those with the lowest income in Argentina are heavily impacted by this sharp spike in utility prices.”

“Lower income sectors are very much affected by inflation. The only beneficiaries of the rate hikes are large transnational corporations who are in charge of these privatized services and seek a greater profitability of capital,” he stressed.

Gambina also highlighted that “the right to energy has nothing to do with the current Argentine economic policy which only takes energy as just another a commodity that is quoted in the market and that only meets the needs of those who can pay for it.”

The FeTERA Informative is a co-production between FeTERA and Radio Sur FM 88.3. It is of free circulation, all we ask is that you credit the source.