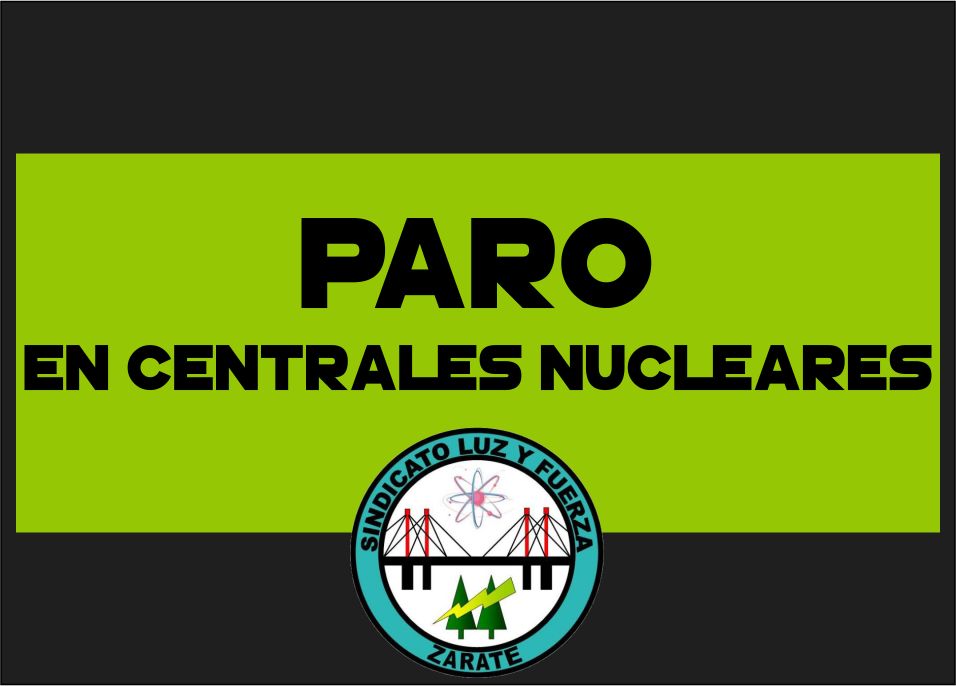 The Extraordinary General Assembly of the Luz y Fuerza de Zárate trade union decided to initiate measures to fight against the lack of responses from the authorities to the claims they have made.

As determined by the deliberative body gathered last Thursday at the Atucha Nuclear Power Plant, workers decided to decree a work stoppage as of 00 hs, Friday, April 12, 2019. The measure will be deepened the following Monday with two hours of total stoppage of activities per shift and per sector in the entire area of the Atucha I and II nuclear power plants from 00 hs on April 15 until Wednesday, April 17 included.

For some time now, and through the proper administrative channels, the Luz y Fuerza de Zárate trade union (Union Status N°1669) has been claiming for its participation, through its representatives, in the Labor Relations Commission with the company Nucleoeléctrica Argentina SA and the full compliance of the collective bargaining agreement (CCT 51/05 “E”) and in particular of the Article 37 (BAPACD). However, no answer has been received regarding the claims made by the workers, who reject any regressive modification of the labor structures.