Home General Information José Rigane, after a 40% devaluation: “We will mobilize in defense of wages” 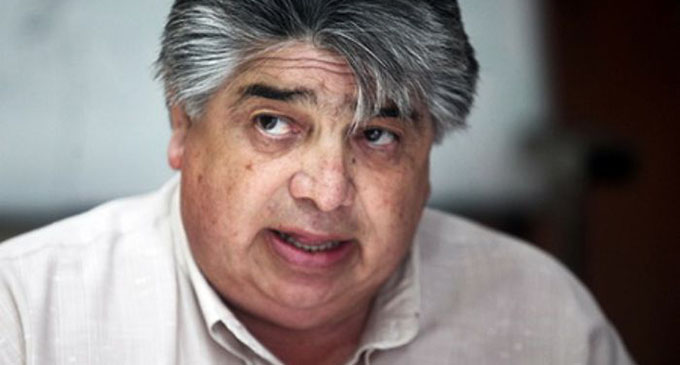 José Rigane, after a 40% devaluation: “We will mobilize in defense of wages”

Between Friday August 9 and today, wednesday, the Argentine peso devaluation has been of 40%. Each dollar went from costing 45,19 pesos to 63 pesos, according to the oficial price in Banco Nación. Against this background, the workers’ movement has already expressed its repudiation through different trade unions and central unions.

The Federation of Energy Workers (FeTERA) also expressed its rejection of this economic situation caused by the government of Mauricio Macri because “after every devaluation us workers are the ones who lose,” pointed out José Rigane, Secretary General of FeTERA and Deputy Secretary of the Autonomous CTA at a national level.

In this sense, Rigane said that “there are coordination meeting underway and in the next days we will be mobilizing in defense of our salaries and against this economic policy of Macri and the IMF”. He also added that the measures announced today by the president are “shameful” and “generated more repudiation and irritation among workers”

FetERA’s leader called for “a greater unity of action to prepare a great mobilization in defense of the salary and the rights of every worker. We are going towards a massive march in defense of popular sovereignty and the Argentine people.”

Rigane also remarked that “a few hours after the outright rejection from the Argentine people to the policies of hunger and exclusion of this government, we alert all workers that this currency devaluation will have a ferocious impact on salaries, inflation and the living costs of every worker.”

The Autonomous CTA leader also added that “we will take to the streets to stop this policy of hunger, unemployment and poverty and to defend salaries and pensions.”