Home Employment CTA-A: There will be a general strike if anti-layoffs bill not approved 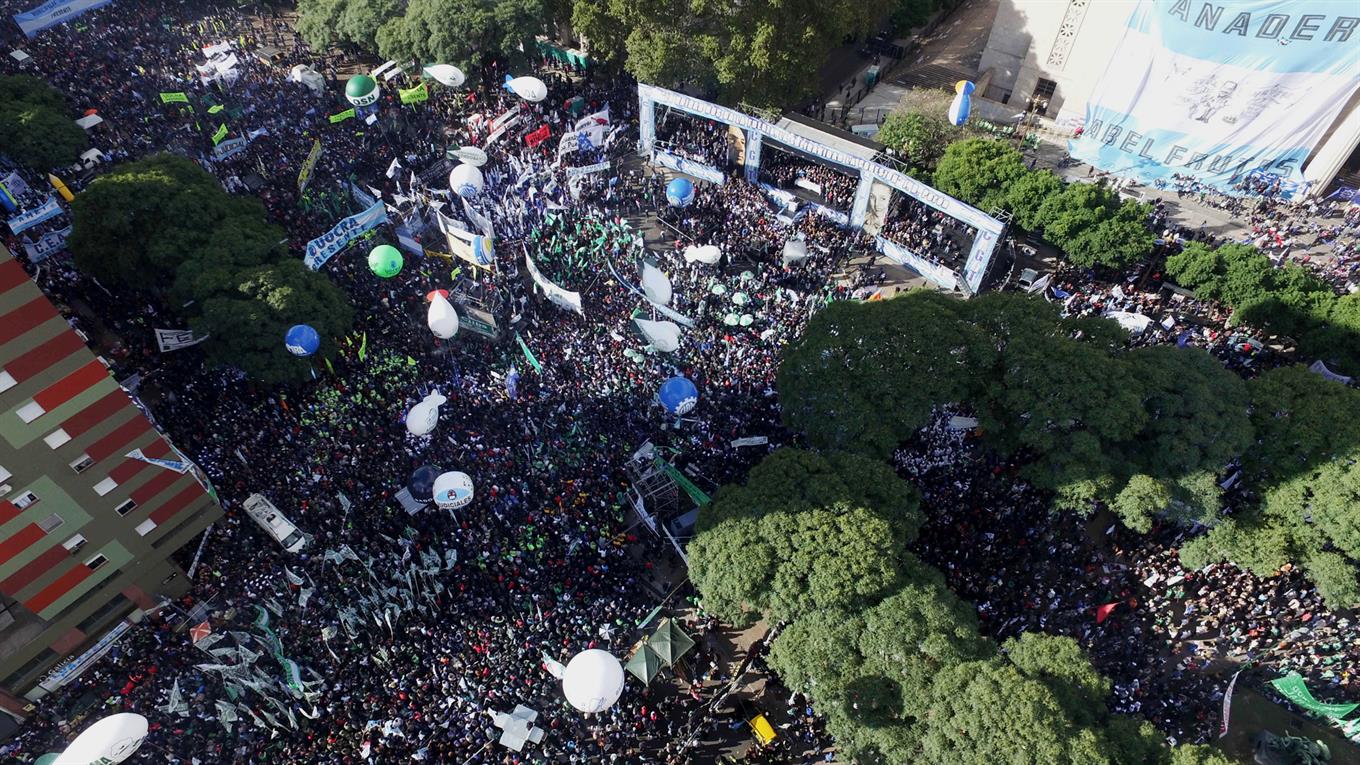 CTA-A: There will be a general strike if anti-layoffs bill not approved

on: May 05, 2016In: Employment, General InformationNo Comments
Print Email

“The anti-layoffs bill will be discussed this week in the Argentine Chamber of Deputies after the Senate passed it 48-to-16, on April. The Autonomous CTA reiterates its request for the representatives to approve this project, as we have already stated before in the Chamber of Deputies. In this context, we warn that in the case that the anti-layoffs bill is not approved or if it is approved but vetoed later by President Mauricio Macri, the CTA-A confirms its decision to call a general strike all across the country.

In this regard, we urge president Macri to take note of last Friday’s demonstration (April 29th), and stop denying reality. We workers demand to be respected and that the State protects employment in a context of adjustment and recession like the one we are going through.

The Autonomous Argentine Workers’ Central Union will continue demanding the 82 percent of the minimum wage to pensioners, a minimum wage of $16000, the elimination of the income tax, an emergency increase in wages for workers and retirees, as well as the anti-layoffs bill. If we don’t have answers, we will continue the struggle. And if our rights are vetoed, there will be a general strike.”