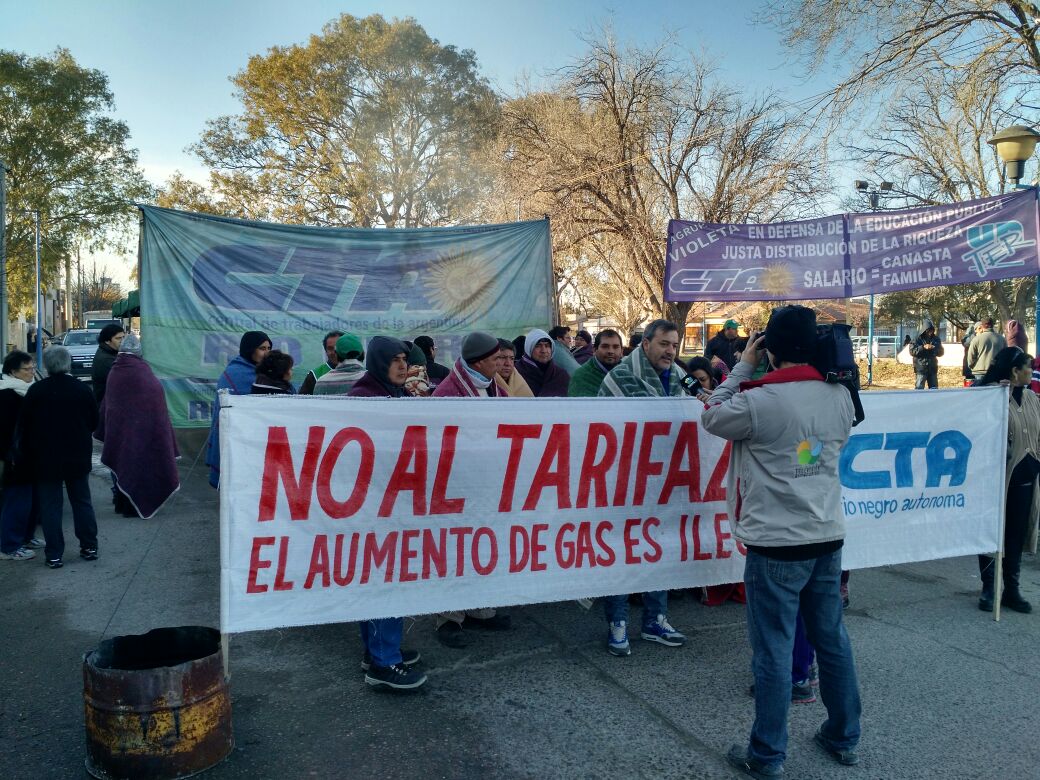 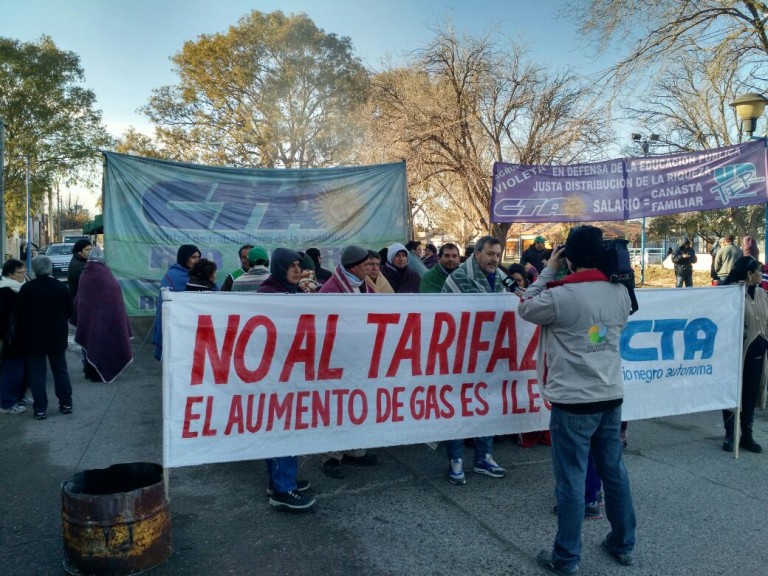 A few days ago, a federal court in La Plata gave support to actions against the increase in the price of gas services, and stopped the rate hike across the country. At the same time, the increase in electricity fares for the areas controlled by the companies Edesur and Edenor, was also annulled. After the pressure of mobilizations, “frazadazos”, signatures gathering and numerous protests, Macri’s government rate hike has found a limit we need to strengthen.

The legal measures mentioned above are only effective for 90 days, but they are based on the fact that “public hearings” were not carried out in order modify the tariffs charts. The rate hike in gas prices was paused before in many provinces such as Santa Cruz, Neuquén, Chubut, Río Negro, San Luis, Santa Fe and Jujuy; but now, it has been stopped in the whole country.

It is clear that these measures are the result of the profound rejection the price hikes in gas and electricity fares caused in the population in general.

Macri and Aranguren are the creators of this policy and now they have suffered a blow. President Macri has been critized because only a few days ago he said that “people understand and are with us” in this rate hike. On the other side, Aranguren will have to explain to the Argentine people how to fight poverty with gas prices that went up from 20% to 200%.

Aranguren manages energy in the country in the same way he did it before in Shell. He thinks of energy as a commodity and not as a social good and a human right, but probably, he will learn that it won’t be so easy to install the rate hikes in the Argentine society. The different mobilizations across the country put a stop to this encroachment upon people’s right to energy.

In our view, the most important thing is to change the energy model in our country which is based on privatization and transference of our natural resources to foreign hands. This is the cause of the energy crisis in our country and the rate hikes we are currently facing.

We (FeTERA and the Autonomous CTA) believe that there has to be a process of social participation in order to discuss the consequences of this model which considers energy as a commodity and not as a social good.

This government is reluctant to audit private companies which have benefited from subsidies (before and now) in order to know what has happened with those millions of pesos that came from the people, where are the investments, and if they didn’t invest, then we want to know why.

The background in this whole situation is that the national government has been designing ad applying a policy to benefit the companies in the energy sector. This is why, Aranguren, as soon as he became minister, agreed with oil companies to raise fuel prices and give millions of dollars in subsidies.

The rejection to rate hikes expresses the people’s discontent with the neoliberal policy implemented by President Macri through inflation, devaluation, the increase in the price of the basic basket, the rise in the cost of living (rent, transport, fuels, etc.) which undermines the workers’ purchase power.

At the same time, the national government eliminated export taxes for mining, farm products, industries and they even removed taxes for luxury cars, thus transferring millions of dollars to highly concentrated sectors of the economy.

We recently released a statement saying that “in the fight against rate hikes, the participation of social organizations and all the political forces is crucial. The experience of the ‘frazadazos’ is expanding in the country, and actions like the one we promoted on June 29th, along with other organizations, which was very successful, are opening up a line of work and struggle together with different social organizations (like consumer or neighbourhood organizations) and with political parties.”

The fight against the rate hikes doesn’t end here; this is only a part of it. The challenge now for the people and workers is to reach higher levels of organization to struggle for energy in a more comprehensive way. The battle for access to energy has to be the battle against the rate hikes, but also for the right to a decent life, which in the 21st century is only possible if we have access to gas, electricity and water.

Bicentenary of the Independence of Argentina