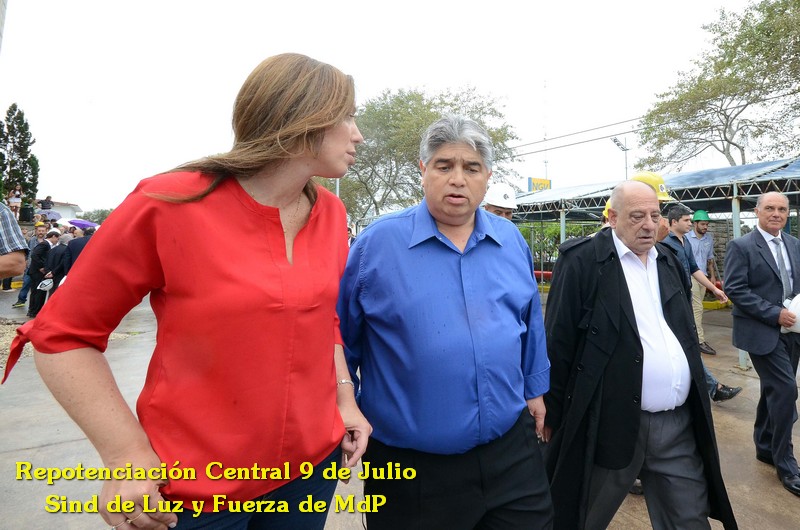 The official act of repowering was held Monday 27, with the presence of the Governor of the Province, María Eugenia Vidal, the President of Centrales de la Costa SA, Thierry Decoud and the Mayor, Carlos Arroyo.

On behalf of the Luz y Fuerza de Mar del Plata trade union were the Secretary General José Rigane, accompanied by members of the Board of Directors and workers of the power plant of Mar del Plata.

The repowering will provide two new turbines of 50 Mw each, increasing by 50 percent the current generation capacity.

This way, a long request of the Luz y Fuerza de Mar del Plata trade union is fulfilled. Since 1999, this trade union organization, through its leaders and workers, had been pushing the request to provide the city and its surrounding area with greater generation. Since that year it was anticipated that the capacity of the Central would not be enough for the city’s demographic growth. However, despite the official announcements, reiterated in many occasions, during 17 years this investment was not materialized.

With these two new turbines “the city will be able to cover 80 percent of its total demand, with its own generation,” José Rigane said after the event.

He also stated that “this is an achievement of our organization, while recognizing that this Government did the work in a short time. We have fought for 18 years for the repowering, carrying out all kinds of initiatives and today it is shown that this could be done. If it was not done before it is because there were interests that did not allow it.”

According to Rigane “this work serves the city and the region and doubles the power capacity. It also enables us to continue thinking that we have to get other works to incorporate more power capacity and have more electrical safety in the city.”