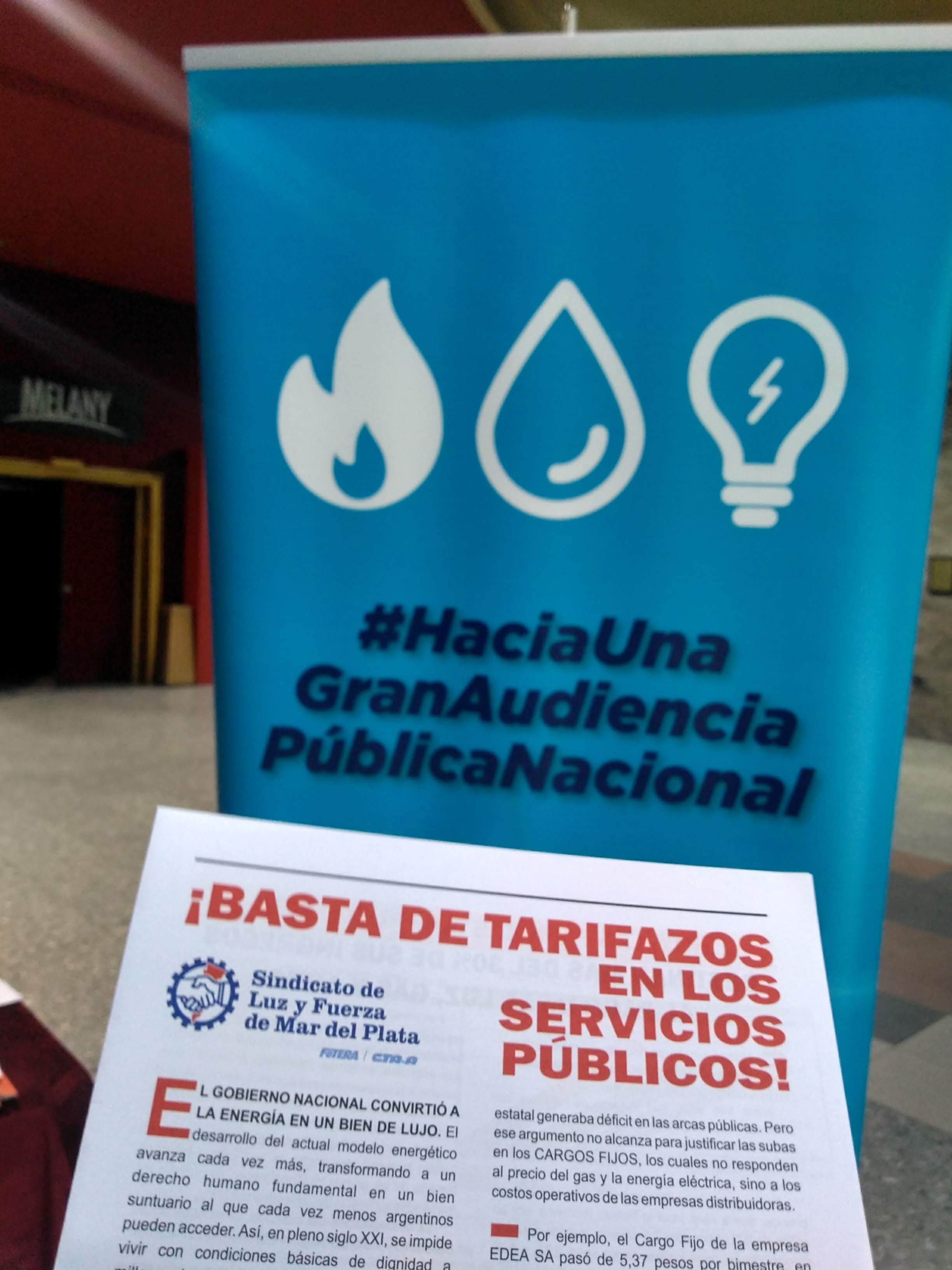 The union of Luz y Fuerza de Mar del Plata participated in what was called Great Public Hearing held by #TarifasJustas, in the city of Mar del Plata, on June 14th. The event took place at the Sala Melany.

Deputy Secretary, Sebastián Farías remarked that “the national government has turned energy into a luxury good. The development of the current energy model is steps forward towards the transformation of a fundamental human right into a luxury good that less and less Argentines can afford. Thus, in the 21st century, millions of people are prevented from living with basic conditions.”

On behalf of the Federation of Energy Workers (FeTERA), Secretary of Organization, Gabriel Martinez said that “we must regain control of energy companies which should be in the hands of the Argentine people.”

Mariano Bauer, from the National Front Multisectorial 21F Balcarce and Rubén Reyna, President of the Center of Retirees and Pensioners from Luz y Fuerza de Mar del Plata, also spoke in the encounter.