Massive blackout in Argentina: “it could happen again” 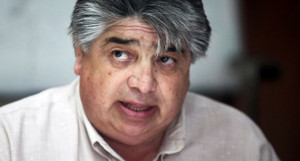 After the unprecedented blackout last Sunday which left without electricity almost all of Argentina, Uruguay and other locations in South America, José Rigane, General Secretary of the Luz y Fuerza de Mar del Plata trade union warned, in a recent interview, about the possibilities of something like this happening again. In addition, they highlighted the need for a greater State investment.

In dialogue with 0223 Radio, Rigane said that “what happened yesterday, no doubt it could happen again. Despite the fact that there has been price increases of 1000% the equipment in use is from 50 years ago. There has been no investment whatsoever.”

Rigane explained that “the system has a software and a protection mechanism that automatically and quickly isolates that which has a problem until restored and the reconnection is repaired. That did not happen yesterday and when the malfunction occured, it caused a chain reaction and left 50 million people without power.”

The unionist also questioned the Energy Minister Gustavo Lopetegui, who during a in a press conference yesterday was not able to announce the exact reasons for the mega blackout.

“He did not have the slightlest idea of what was happening. He said that in 15 days a final conclusion will be reached, but a lot of things could happen during that time,” Rigane emphazised.

At the same time the union leader said that the National Government “does not want to say something nor single out where the responsibility lies, which is with Cammesa and Transener,” the two companies responsible for high-voltage energy distribution.

“The State has no impact, it does not control, it does not plan anything, we are adrift. Argentina is the only country where we have problems with energy, rain or shine. If we lack Government intervention there is no possibility of having a system that meets the people’s needs. Yesterday it was demonstrated that when we do not have electricity we live as we were in the age of the cavamen. Therefore measures must be taken by the State to guarantee energy in the present time and for future generations,” he insisted.