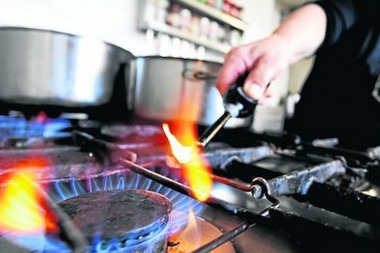 Energy as a human right, by Fabián Pereyra

The current neoliberal model began to be harshly implemented as of 1991. Privatizations dismantled state activity in the area of public services and handed over national heritage and non-renewable strategic energy resources (hydrocarbons).

In that context, thousands of workers were also fired as part of a major offensive on labor rights, causing the destruction of the national industry and the recognition of the biggest scam to the Argentine people, the foreign debt, which despite being declared illegitimate and illegal by the judiciary, is still being paid.

The loss of energy sovereignty, given the offensive of concentrated capital and speculative capital, changed the relationship of citizens with energy: from users -up to 1989- to captive consumer-clients.

Energy in this neoliberal system has been transformed into a commodity that is bought and sold at market value and its domination means power. The presence of private companies in the Argentine energy industries, from 1991 to the present, has only brought the loss of strategic reserves of gas and oil, the artificial increase in tariffs and has turned social and common goods into merchandise.

In today’s society, food and water are considered as basic minimum rights for survival, to which we must add health, education, culture, housing, communication, transportation, shelter and land in order to develop a decent life.

If we consider that human beings need to keep food in good conditions to be consumed without contamination, to cook them, to heat or cool homes, to have the permanent possibility of communicating or of artificial lighting, etc., we understand that the conception of elemental rights should be broad.

For all this abundant and cheap energy is required for domestic use. When this does not happen, the concept of “energy poverty” becomes the winner in the political, social and cultural battle.

As José Rigane, Secretary General of FeTERA (Federation of Energy Workers of the Argentine Republic) states: “The energy model based on privatization and foreignization has failed. Energy has ceased to be a social right, a human right and became a commodity, with policies sustained by a liberal market system.”

The user ceased to be considered as such, to become a customer. From there on, the companies stopped investing, because they worried about getting the highest possible profit in the shortest time and then taking that money abroad.”