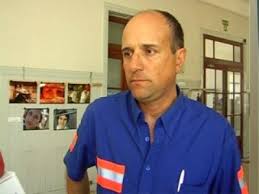 Self-service at filling stations will cause layoffs and work flexibility

The Argentine national Energy Secretariat, led by Gustavo Lopetegui, former Deputy Chief of Cabinet of Mauricio Macri, is about to implement something that will directly harm service stations’ labor force all across the country: self-service machines at filling stations.

The measure is set to come out in the next few days through a resolution that will be signed by the secretary of energy. It is driven by service station businessmen, who want to maximize their profits even more, backed by the national government, but strongly rejected by workers.

General Secretary of AGTPAC, service station trade union for the province of Cordoba, Marcelo Espíndola, told FeTERA press that “the government’s measure, on the one hand, directly threatens the jobs in gas stations, but on the other, it also means more labor flexibility. We strongly oppose.”

Espíndola did not rule out the possibility of moving towards a strike in the sector against this government measure.

In fact, the measure to be published by the Executive Power will enable the installation or adaptation of some suppliers at the service stations where the user will have the self-service available.

Espíndola explained that “in these suppliers there will be a differentiated price, which threatens job security, and will cause precarizations and dismissals.”

“We are not going to let this happen in Río Cuarto, and we are also going to stop this measure at the national level, in unity and fighting. We have to stop with this systematic encroachment upon labor rights that the government wants,” Espíndola underlined.

Finally, Marcelo Espíndola, who has already announced that from the AGTPAC they requested a meeting with the business sector of Río Cuarto for this measure, stressed that “these are measures that go in the direction of the labor reform the Macri government insists so much upon. This is the government of hunger and the destruction of labor rights and wages.”