Home General Information Julio Acosta: “We do not agree and we will not return to a trade union model that is part of the system” 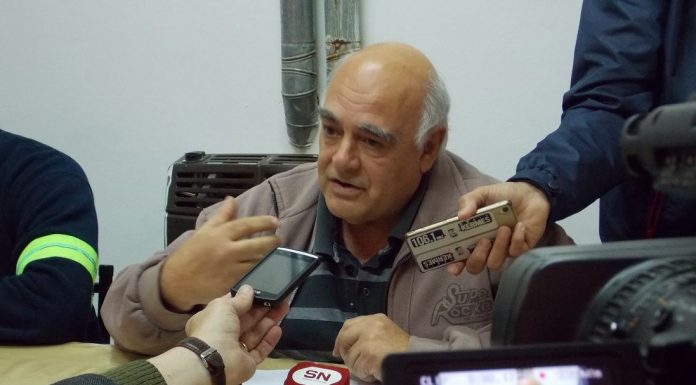 Julio Acosta: “We do not agree and we will not return to a trade union model that is part of the system”

In an interview carried out at the beginning of October, for the radio program “Rompiendo Límites”, the Secretary General of Luz y Fuerza La Pampa and Deputy Secretary of FeTERA, Julio Acosta, expressed the position of the Autonomous CTA regarding the agreement between the CGT, the Workers’ CTA (CTA – T) and the then presidential candidate for the Front of All, Alberto Fernández, now president.

“It is not a union model that intends to advance in social conquests,” he said in relation to the model proposed by the CGT and CTA-T after the agreement was reached. He added that “it is a trade union model that adapts itself to the political juncture, to any model installed in any period of government in our country. So there is no chance that we will be part of that regrouping. We believe that the situation of that union model has worsened.”

Regarding the objectives of this rapprochement, Acosta said that “this regrouping has a purpose which is to install a social pact between employers, the state and workers. And this pact seeks to demobilize workers so that they do not take industrial actions,” he concluded.

“This appears as an attractive idea that the labor movement will be stronger. But it must be said that in truth the CTA was born as opposed to an existing trade union model. As a main feature, this union model is systemic because it is functional to the capitalist system of exploitation. It is the system of the removal of workers’ rights,” said Acosta.

“It is a trade union model that has always been with the government, even in the toughest models for Argentina’s working class,” he added.

The leader of FeTERA stressed that “the reasons that gave birth to another trade union model different from the CGT have not disappeared. The leaders of that central union have adapted over the years to the transformation of the system and went from being corrupt union bureaucrats to becoming unionists businessmen.”

Finally, he pointed out that “this regrouping has as its objective a social pact between workers, businessmen and the government, which has the single aim of demobilizing workers.”

You can listen to the full audio of the interview here.