Home General Information Rigane: “Supermarkets are constantly increasing prices in the middle of this crisis” 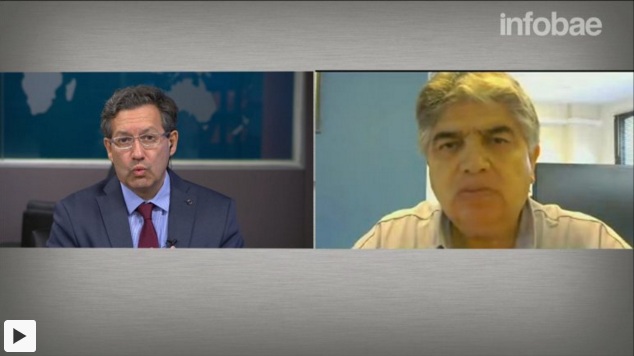 Rigane: “Supermarkets are constantly increasing prices in the middle of this crisis”

LyFMdP Secretary General and CTA-A Assistant Secretary, José Rigane, was interviewed by Infobae TV after the #SuperVacíos (Empty Supermarkets) day which took place on April 7th in order to condemn the price increases carried out by large supermarket chains all across the country.

According to Rigane, this consumer boycott had the objective of “drawing the attention of the businessmen who, in the context of this crisis, are still making money and increasing prices”.

“It is also about generating a new type of pacific protest, through which we can reach out to the citizens and we can start creating a culture for these cases”, he stated.

The boycott was organized by the CTA- A, the Ombudsman for the Elderly and the Free Consumers Organization along with the support of other trade union organizations and different social groups including the Chinese chamber of shops.

Rigane explained that the protest did not extend to Chinese shops and stores because “they are not price makers. Large supermarkets chains are; as is a policy of devaluation which leads to inflation and erodes the people’s purchasing power”.

Rigane also stated that they had not received a single phone call from the government, but that they aspired to “create a significant impact to draw the attention” of officials.

He was as well convinced that the supermarkets were concerned about this boycott: “We can see it today in the mainstream media, they have done all kinds of advertising and discounts all day. They have felt the impact of our protest and our call to the citizens, which was done mainly through the social networks”, he stressed.