Home General Information José Rigane: “Against the adjustment and in favor of the unity of action and the struggle on the street” 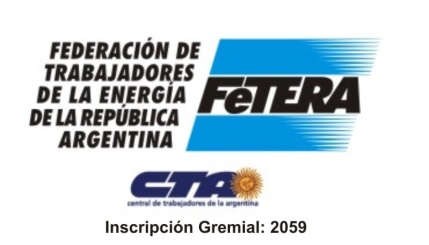 José Rigane: “Against the adjustment and in favor of the unity of action and the struggle on the street”

As part of the upcoming National Day of Struggle that will be carried out by the Argentine Workers’ Central Union – Autonomous (CTA-A) on April 19th and 29th, against the austerity policy of Mauricio Macri’s government, José Rigane, Secretary General of FETERA and Assistant Secretary of the CTA-A, said that “the Autonomous CTA must strongly participate, with or without the CGT, because we cannot stand aside.” He also said that “although Macri says it hurts him, his government proceeds with rate hikes, hitting workers hard. We need more unity of action in order to face this fierce fiscal adjustment. ”

Rigane also expressed his opinion on the specific CTA-A demands: “the agenda we put forward has to do, in general, with the austerity measures of Macri’s government, which have a direct impact on the people. The adjustment is expressed in the electricity, gas and transportation rate hikes. But it is also expressed through currency devaluation, inflation and massive layoffs, both in the public and private sector.”

The Assistant Secretary of the CTA-A also said that “on April 19th and 29th we workers have to take to the streets, not only in commemoration of the International Workers’ Day, on May 1st, but to claim for the labour rights that we have been demanding for. Both of these days must turn into renewed moments to enhance our unity of action.”

He stressed that “at the heart of this whole debate is the unity of action in the labour movement’s struggle, as we have always been doing, facing all the governments that only dialogue with their “friends.”

In recent weeks, the Autonomous CTA participated in the National Congress, convened, along with the rest of the unions (CGT and CTA-T), to discuss in various committees of Senators and Deputies. About this, Rigane said that “as the Autonomous CTA we took a number of issues to be discussed at that meeting in the Congress. Nowadays it is essential for us to strongly promote a law prohibiting layoffs, as an immediate measure to prevent more workers from falling into poverty; to carry out a strong fight against the general increases and rate hikes; to fight for the implementation of the 82% ratio (referred to minimum monthly retirement pensions) and an emergency increase of $5.000 for retirees; and elimination of the income tax for workers.”

He reaffirmed once again the CTA-A’s “absolute rejection to the criminalization of the social protest and rejection to the Protocol against protests that the government wants to implement, because it is an attack on the organization of workers”.

When asked about the political and social context, Rigane said that “in times like these, the country is experiencing a particular situation. There is a new government that doesn’t have 130 days yet, but has already moved with great speed in order to benefit only a few. That’s why they have removed taxes for the mining industry as well as for agribussiness sector and have spent millions in subsidies to oil companies, while directly hurting workers. We’re not wrong if we say that with the measures he’s taken, Macri rules for the rich and the multinational companies hurting Argentine workers and all the Argentine people. ”

“So far, the national Government has been strongly attacking the workers’ movement and the entire population with rate hikes, inflation, dismissals; and on top of that, they want to discipline us with the criminalization of protest, ” he stressed.

At the end, Rigane called for the National Days of Struggle on April 19th and 29th “in unity of action in the streets, and for the specific problems of the workers and of all the people.”